The Friends of Hemingfield Colliery

How did it all begin? 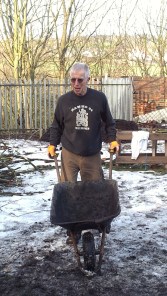 The 1980s was a decade of massive change in the UK coal industry and the miners strike of 1984/5 was followed by a programme of pit closures and demolition.

Closed pits were often not demolished for many years for a number of reasons before the 1984/5 miners strike, however by 1990 almost all had been swept away. Hemingfield was one of the few exceptions.

Hemingfield and a number of other South Yorkshire pumping stations were the responsibility of Silverwood Colliery until it closed in 1995 and following a number of visits to Silverwood as it went through the demolition process, I was able to join British Coals contractors as they made their weekly round of these pumping stations

They didn’t need to go into the buildings but I asked if we could remove the timber baulks blocking the doors and they obliged. The rest as they say is history, I was fascinated by what was in inside, the winding engines and signalling apparatus were all still in situ and were probably in use until 1985 when Elsecar main closed.

Over time as the site gradually submerged in the undergrowth and the degradations of vandalism took their toll it was clear that as time progressed, the likelihood of its demolition increased.

We all see places like this and say to ourselves and others “someone should do something to save it” and you realise that this is fine in theory but that actions rather than words are needed…and this is how FOHC started.

With a strong family connection to mining at Cortonwood Colliery and a career in industrial engineering and machining, Glen’s knowledge of, and respect for previous generations of industrial achievement is palpable. A hands-on Director. The site’s maintenance and progress is largely down to his efforts and support to volunteers on working party sessions on site Open Days.

Director of Volunteering and Community Engagement

Like many in the Barnsley area coal mining was part of my life and in my blood. I was born in 1966, in Hoyland, a town adjacent to the Elsecar valley. An area where my ancestors, coal miners and iron workers have lived for over two hundred years. Having grown up in Barnsley, coal miners and mines, were part of my everyday life, something that at that time, I took granted. That was until the dismantling of these collieries started, primarily following the miners’ strike of 1984/85.

Later in life I married a coal miner and watched worriedly as he went to work every day, in what was still a very hazardous industry. He would return home and share stories of friends injured or fatal accidents nearly missed, in a work place that could take over an hour’s journey underground to reach.

As my life moved on and my children grew, I decided to return to full time education. At 41 years old, I decided to enroll at the adult education college, Northern College in Stainborough on a diploma course. Having completed that, I then turned my sights to university. I enrolled at Huddersfield University on a BA (Hons) Humanities course.

It was during this time that I started to take an interest in history and heritage. Whilst taking part in a module called History in the Community, I was required to find a placement in the heritage field. I contacted Dr John Tanner, at Barnsley Museums and started volunteering at the Elsecar Heritage Centre. I contributed to the project for the restoration of the historic Newcomen Beam engine as an historical researcher, helping to design the new visitor interpretation boards for the site. In 2012 I graduated from Huddersfield University with a 2:1 honours degree in Historical Studies and continued as a volunteer at the Elsecar Heritage Centre.

In 2013, I joined the Friends of Hemingfield Colliery group, as a Directors, assuming the position of Director of Community Engagement and Volunteering. My responsibilities are to promote the site and our work to interested parties, external organisations, and other heritage stakeholders in the Elsecar valley.

This work has many different aspects: recruiting volunteers, individually or in groups from external organisations; reaching out through social media, via Facebook, and Twitter; arranging and attending special events such as Barnsley History Day and Elsecar by the Sea, to display our work and promote our plans for the site and community. Thanks to Historic England Elsecar is now one of only ten newly designated Heritage Action Zones in Britain and I look forward to participating in the new opportunities HAZ presents.

My overall goal, shared by the rest of our team, is to see the restoration and rejuvenation of Hemingfield Colliery, and to establish it as part of an overall tourist destination at the village of Elsecar and the surrounding area.

Building on a wealth of experience from local economic development and planning work, and inspired by a strong family connection to the mining heritage of South Yorkshire, Ian brings unique knowledge to the Friends planning and fund raising activities. 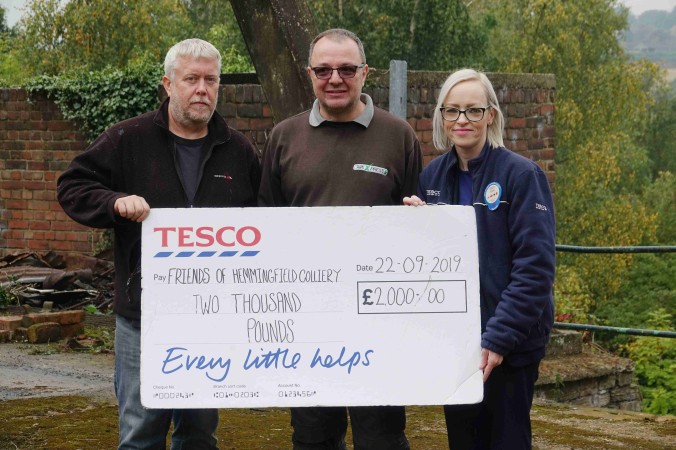