With summer drawing to a close, and the Great Return to school, September heralds the prospect of Autumn, and with it of course, the fabulous arrival of Heritage Open Days!

The Friends were delighted to welcome the first visitors very shortly after opening the gates, thanks to the clear information and directions available from the map on the national Heritage Open Days website, www.heritageopendays.org.uk.

Site tours starting taking place straightaway as the Friends also prepared the tools and materials to continue work on the rear retaining wall. This provided a great opportunity of showing in context the volunteer work in conserving the colliery site, and helped to demonstrate the importance of voluntary efforts in the Friends’ progress since taking on the site in 2014.

Whilst short history tours continued around the main winding and pumping shaft areas, the Friends rolled out their newly-acquired kit to continue the repair work on the retaining wall. Thanks to the Tesco Bags of Help scheme, a new generator and small cement mixer were purchsed which have brought the revolution of power to site for the first time, and permit the Friends to begin to tackle some of the bigger jobs with their own efforts.

And so the day continued. With fantastic sunny weather, and bright blue skies overhead, the conditions were great for crackign on with repairing the retaining wall’s collapsed areas, and replacing perished sandstone with reclaimed materials. Chair Steve was the chief mixologist on this occasion. Working to the careful guidance of a heritage buildings specialist, the team continued the concerete reinforcement of the rubble fill and the lime mortar block work and repointing.

Whistling out below, and delivering smiles to all of our site visitors, the Elsecar Heritage Railway steamed back and forth throughout the day – carrying its own footplate experience guests up and down the line from Elsecar to Tingle Bridge – here in the Sentinel Gervase loco.

Time for some snap. The Friends viewpaused for some refreshment, looking out on the railway and the various birds flying by in the sky, buzzards and crows competing for their own pieces of sky.

Much better, mortar do

Looking up at the wall at the end of the day, the crew could be pleased with progress in repointing the wall, building on previous work and setting the bar for future progress, with reclaimed sandstone blocks from the site, and lime mortar materials curing for a solid and traditional heritage bond.

Elsecar by the Sea

The weekend before the first Heritage Open Day, i.e. the 5-6th September, we were also celebrating the local festival of Elsecar by the Sea – Saturday and Sunday celebrations for the local community. The tongue-in-cheek name recalling the holiday-esque usage of the reservoir at Elsecar made by city-dwellers from industrial Sheffield in the mid-twentieth century.

What better way to celebrate history, heritage and the beauty of the local countryside than joining in on a community fayre onSaturday in Elsecar Park, and then visiting the heritage Centre and Railway’s activities on Sunday.

Saturday was a lovely day, after earlier dull and threatening skies cleared by mid-morning. The Rockingham Colliery Brass Band were first up in the bandstand at Elsecar, welcoming all-comers with some fantastic live performances.

Music in the bandstand

Further up in the park, the community gala was taking place, with fun rides, stalls and events being announced in and around the cafe and playground just above the reservoir itself. Truly Elsecar by the sea. Certainly a few ice-creams were being enjoyed, as the artists and performers from Great Place Wentworth and Elsecar shuttled between the Park and the Heritage Centre to entertain the crowds, young and old.

Sunday’s events in the Heritage centre included more artwork – getting local people involved in painting some animated scenes of the heritage cetre and its attractions. Saturday and Sunday’s visitors both helped produced some colourful works.

Carriage with a view

On Sunday, hoping to get a see the site from a new angle, some of the Friends supporters joined one of the regular passenger services on the Elsecar Heritage Railway, as it shuttled up and down the line, past the pit site, and the recent retaining wall works. 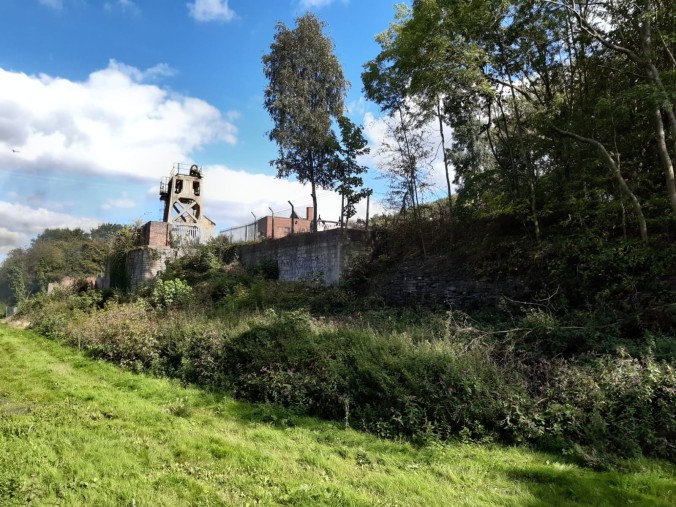 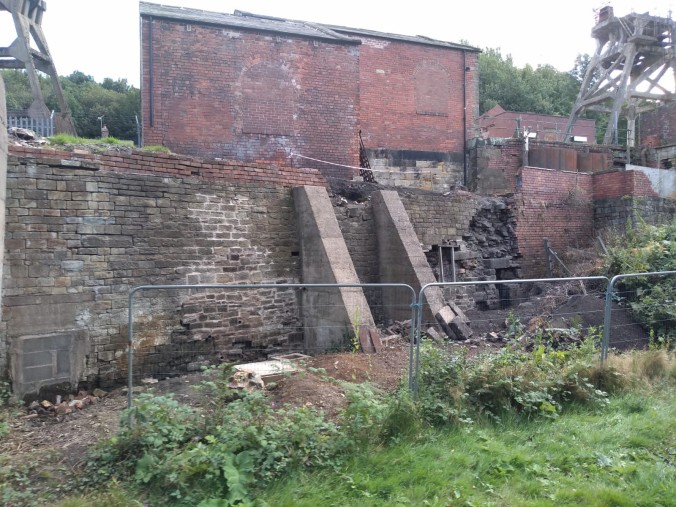 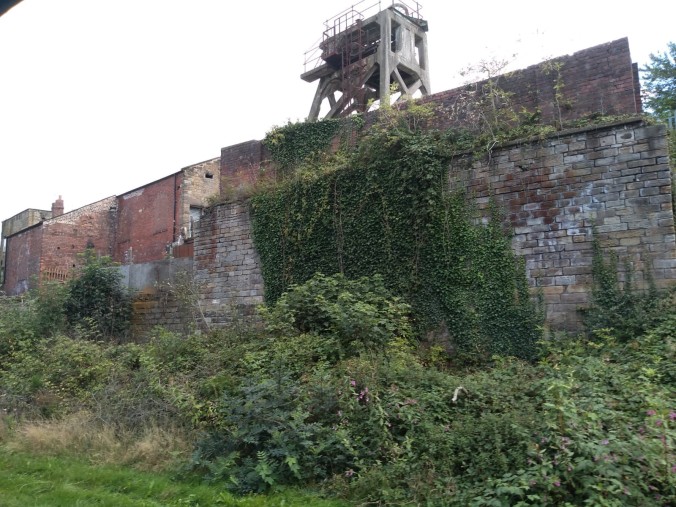 Join us for the longer open days in Saturday and Sunday 21-22 September.