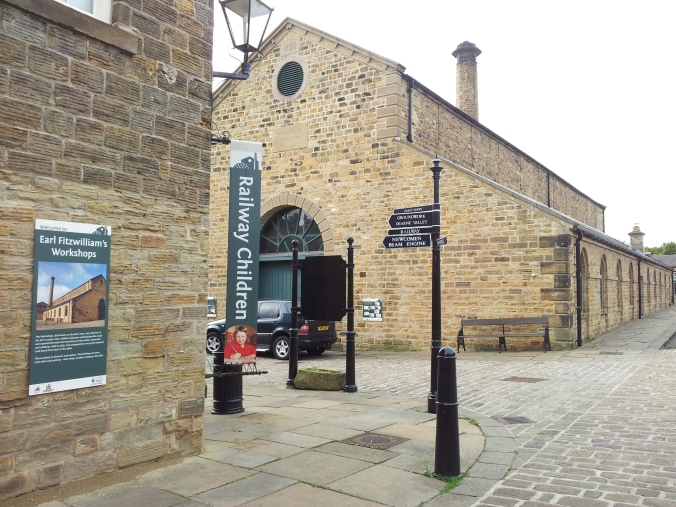 This weekend the Friends of Hemingfield Colliery were delighted to attend this year’s Elsecar by the Sea activities – a weekend to celebrate all things Elsecar.

The weekend included a beer festival in Milton Hall, the Community Gala in the Park, the Railway running services and a huge Craft fair in Building 21, newly-renamed ‘The Ironworks’. 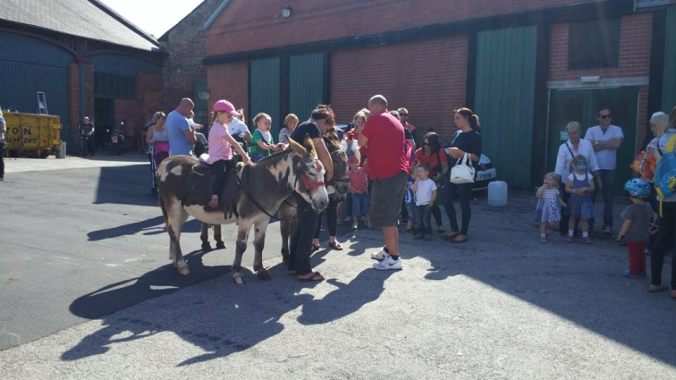 The weather was sunny and bright – the perfect setting for ‘Elsecar by the Sea’ the name given to Elsecar park reservoir in 1920s and bolstered after Herbert Parkin published photos of the Hoyland U.D.C. park waterside by the reservoir in the Sheffield Star newspaper. With a direct rail connection to Sheffield, Elsecar could indeed seem to be a delightful holiday trip out, away from the smoke and grime of the heavy industrial city of the day. 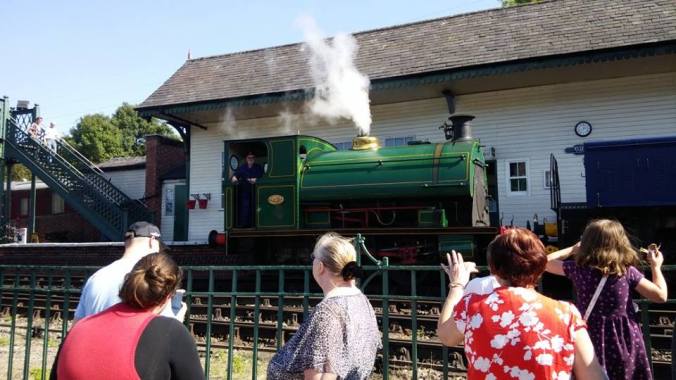 Pull up a (deck) chair by the beach at Elsecar! (Photo credit: Christine Cameron)

Of course, times have changed since then, but Elsecar and its park have lost none of its beauty and interest, and so it remains a cracking location for family fun and activities.

Joining in the local celebrations, the Friends set up a display next to the Visitors Centre and by the office of the Dearne Valley Landscape Partnership.

On Saturday Directors Glen and Ian helped to set up the tables together with volunteers Phil and Chris. Standing next to the new Elsecar interpretation boards was a great location as they provide a visual history of the area,and the development of Earl Fitzwilliam’s industrial undertakings. 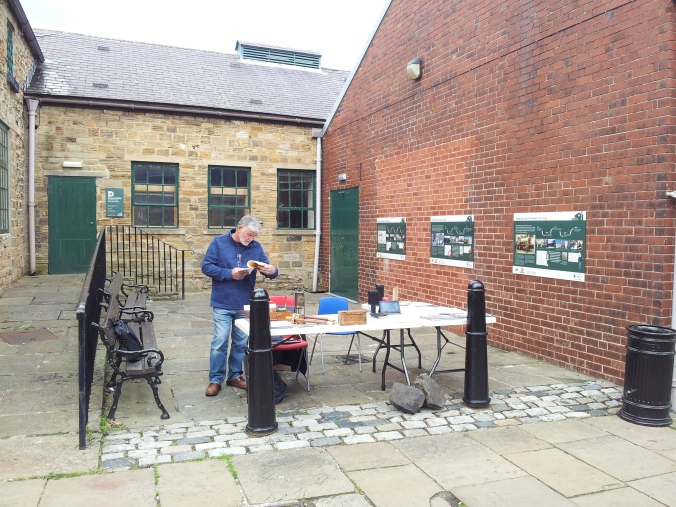 Friends’ table display set up and ready for the day

The weather was very sunny and hot and lots of families and young children came through the site to see the attractions, ride the donkeys and enjoy the sun. As visitors passed the stall we, on Nasmyth way, were pleased to meet a number of new people, including local families from Elsecar and Hemingfield who shared our interest and enthusiasm for the Hemingfield Colliery site. 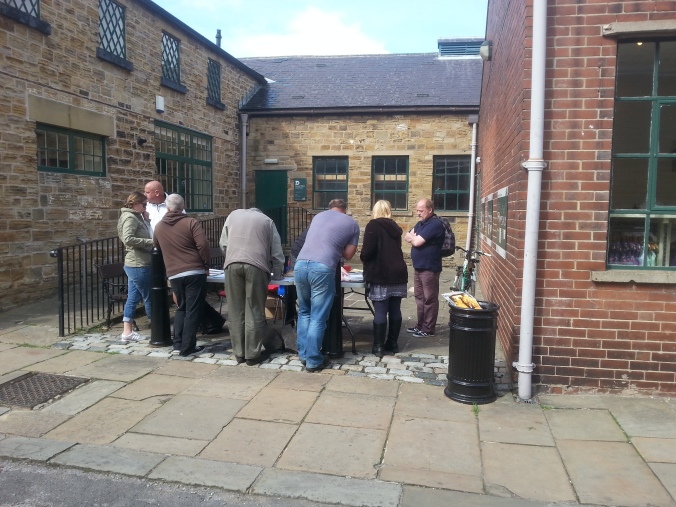 Past, present and future – discussing the displays with visitors (Photo credit: Phil Lofts)

Some wonderful connections emerged from those who stopped by – from a relative of the 7th Earl’s chaffeur, to a former NCB employee who worked in the workshop building across from our stall in the 1970s and 1980s. It was great to talk to young and old; from children eager to understand our old maps of Elsecar to a poignant discussion with a working miner from Kellingley – the last ‘local’ pit which is to close in December this year. 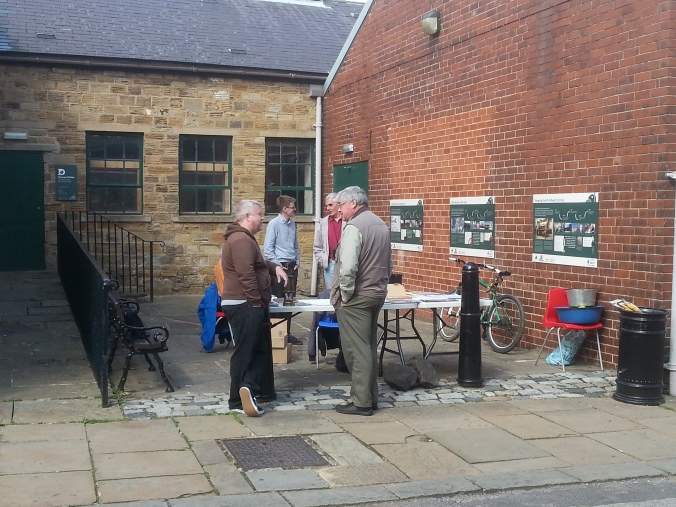 Later on in the day Friends’ chair Steve arrived together with volunteers John and Alan. Director Christine arrived in the afternoon after work to check on progress and join the fun. Standing in the sunshine it was a glorious day to catch up and looks at the historical and future planning material laid out across our stall.

In the evening, a contingent of the Friends attended the Beer Festival in Milton Hall and sampled the local ales – not to mention the food. Walking to Milton Hall from Hemingfield was a great reminder of how fortunate we are to have Elsecar just down the road – following the canal and the railway line up to the workshops, pausing only to admire the Newcomen engine looking resplendent in the evening sunlight.

A great day was had by all.

On Sunday the Friends were back on site. We set up our tables again, Directors Glen, Steve and Christine being on hand together with volunteers Phil, Amanda and Nigel – who was also on site to demonstrate archaeology. 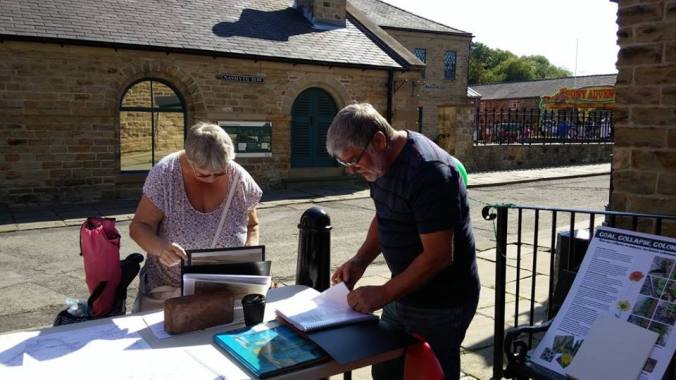 Once again the sun shone down as the visitors flocked to the ‘beach’ and tried out the fair rides.

Volunteer Amanda Willoughby is an accomplished artist and kindly displayed some of the products of her most recent exploratory work: Coal, Collapse and Colonisation, tracing nature’s responses to the former industrial site of Hemingfield Colliery. With an extraordinary eye for detail, Amanda has produced a series of beautiful illustrations and artwork, and we were fascinated to see more of the details. 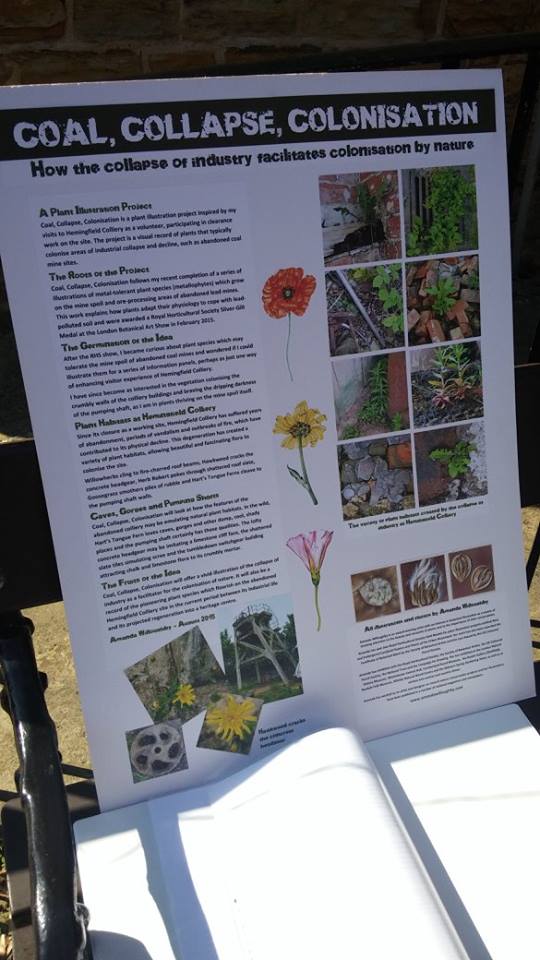 With the sun still shining the day drew to a close, and with it a wonderful weekend of raising awareness of our site and future plans for Hemingfield Colliery.