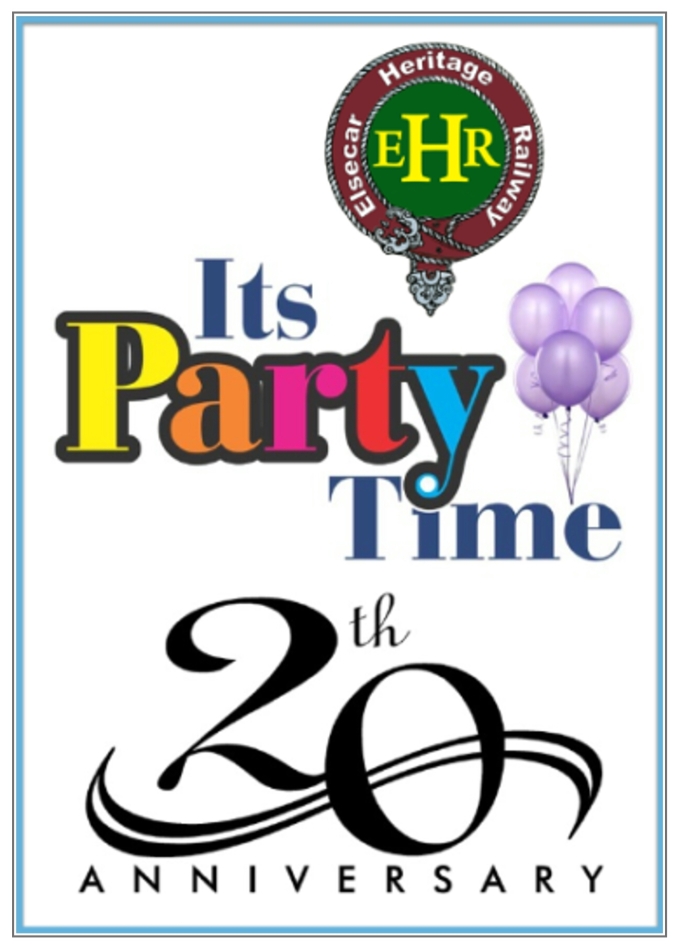 Join our friends at Elsecar Heritage Railway as they celebrate 20 years of the heritage railway line.

With a pedigree dating back to the 1850s, and closely linked to Hemingfield Colliery’s own working past, the line survived until the 1980s, before being relaid and reopened by Barnsley Metropolitan Borough Council as the Elsecar Heritage Centre first came to life.

In April 1996 the first passenger train left the new Rockingham station under steam. In March 2006 the baton passed from Barnsley Council to the steam preservation volunteers themselves, marking a new chapter in the history of the line, leasing it from the Council and developing the station facilities, not to mention working towards the extension to Cortonwood.

Come and join them celebrate their achievement, and support their future plans. Many happy returns!