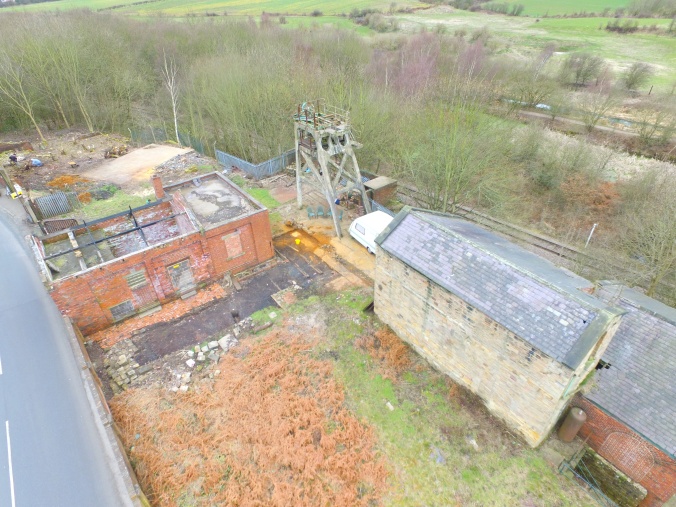 The Friends of Hemingfield Colliery and volunteers assembled on site at Hemingfield on Saturday,  on the cusp of the vernal equinox, marking the official start of Spring. The morning was grey, with no sun shining through, though the cold edge to the air was soon seen off as the crew got to grips with the working party tasks.

Boots on the ground

Site Manager, and Friends Director Glen opened the pit gates and regular volunteers Nigel, John and Chris arrived shortly afterwards to sign in and pick up where the last working party weekend left – off: stump clearance to the left of the gates, and some archaeology to the right. 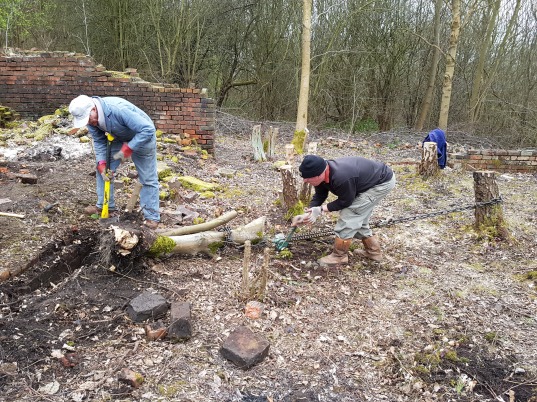 The tree winchers have really made a huge difference to the top end of the site, with a stack of stumps fast mounting up, and the previously crowded corner now opening out before us, beginning to reveal traces of a brick floor, and the remains of another colliery building on site. 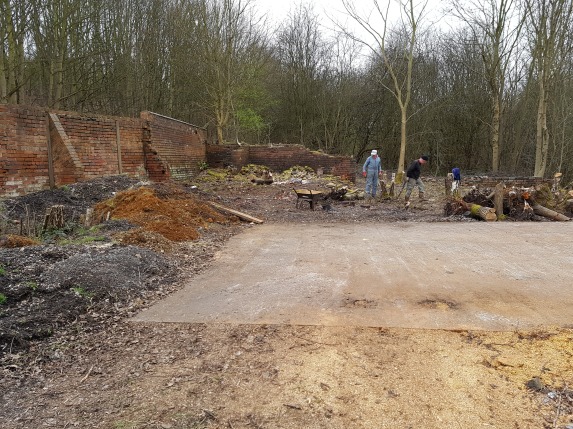 The top end of the site has really opened up as the vegetation has been tamed.

Meanwhile, around the corner by the main winding shaft, work continued on the trench gradually being excavated to investigate the sub-surface remains of the former colliery buildings. By slowly removing layers of the yard, recording the features and the finds, we can begin to layout an interpret the history and development of the pit over the course of the past 170 years. This activity – industrial archaeology provides lots of opportunities for learning, and for engaging with the local community, Friends and volunteers who can lend a hand and acquire new insights into what it all means. 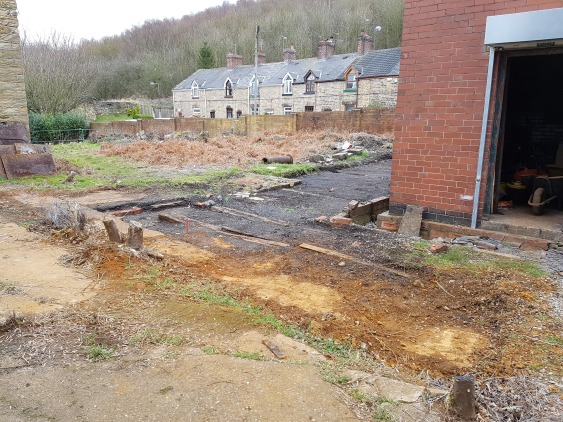 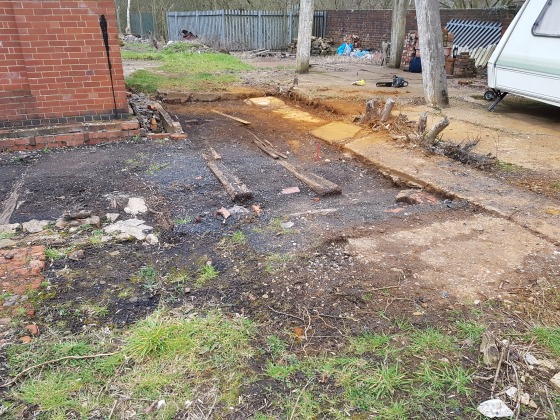 The Friends are always delighted to welcome visitors to the pit on Open Days. We often find that passers by glance over the wall with curious expressions, as the volunteers go about the working party tasks and the site buzzes with activity once again. A warm welcome does indeed await – we invite the public to come and see the site, explore the remains of the Victorian Colliery, walk under the unique 20th Century headgear and look down our impressive water shaft. The pit overlooks the Elsecar valley, with its heritage railway line and purposes-built canal basin connecting the colliery to the wider world via the Dearne and Dove Canal.

Visitors to Hemingfield often bring with them new stories, recollections of the past uses of the site, or family connections to local mines and mining which bring the site to life. The connections we make also stimulate new avenues of research, whether oral histories, or archival searching. We welcome all levels of interest in the colliery site, its setting, or its history, and will continue to expand our community engagement and outreach activities in the coming months in order to share what we have learnt, offer new learning opportunities to local people, as well as deepening and broadening the Friends own understanding of the colliery.

On Saturday our eyes were certainly opened to a completely new perspective on the colliery, thanks to a visitor and his friend – Dave the Drone. Though the volunteers are used to the sight of sparrowhawks and buzzards hovering overhead from the old Elsecar Main muckstack, visitor James brought a whole new meaning to the expression ‘a bird’s eye view‘ by allowing us to glimpse Hemingfield Colliery from the air: 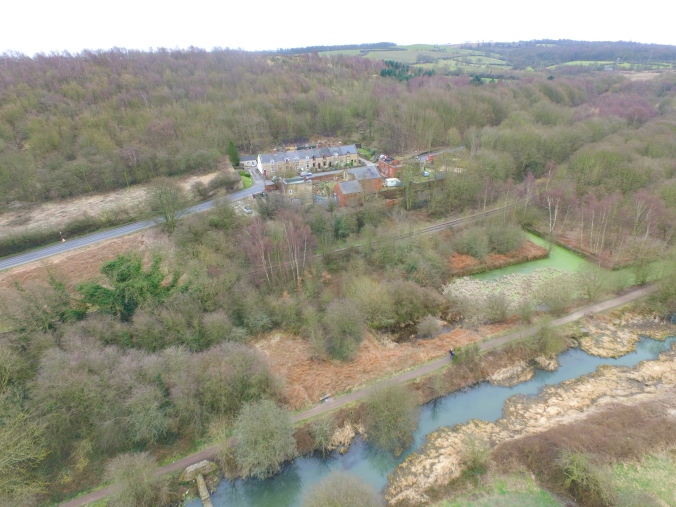 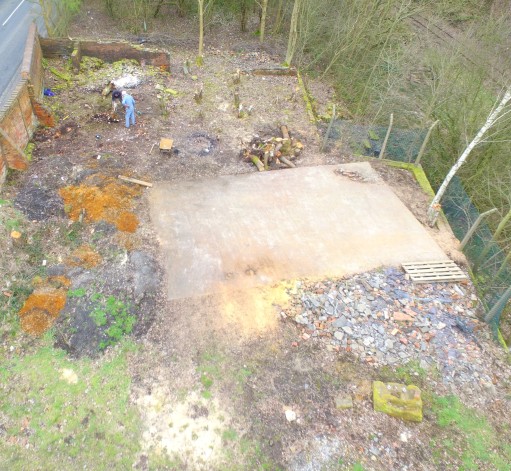 The weekend’s news was marked by reports of the death of local author Barry Hines (1939-2016), whose work includes the classic modern novel, Kestrel for a Knave, written in 1968. Hines adapted his work into a screenplay for Ken Loach’s iconic 1969 film Kes which tells the story of a troubled 15 year old schoolboy – Billy Casper – who finds solace in rearing and training a wild kestrel. The film is Loach’s most popular work, being voted into the all-time Top Ten Films on Britain.

Kestrel for a Knave has been studied by a generation of schoolchildren, and the film version contains several iconic scenes with unforgettable performances from Dai Bradley as Billy, an the late Brian Glover as teacher Mr Sugden.

Hines was born in Hoyland, to a family of miners, associated with the Rockingham Colliery of Newton Chambers. Hines wrote a number of works set in the grim industrial landscape of the North, not least Kestrel for a Knave, and The Price of Coal which was a television play. In both local collieries loomed large – Skiers Spring in Kes and Thorpe Hesley in The Price of Coal. He wrote clearly about the people and language of his native Yorkshire, as well as exploring the cruelty of life, or the fearsome possibilities of conflict – such as in Threads depicting a Sheffield-like city in the aftermath of a nuclear strike.

Prior to this sad news, the Dearne Valley Landscape Partnership had arranged a timely retrospective of his work, through a series of workshops exploring his writing, its relevance and responses to the Dearne Valley:

Beyond Kes: The Writing of Barry Hines