When the clouds signally fail to roll by, and the heavens descend, it can certainly put a dampener on plans and postpone progress on site. Being chased indoors by the elements may prevent the pit gates from opening, but it also gives the Friends chance to delve deeper into the history of the site; open days become research and volunteer days. So, on to writing up research, raising awareness of the group’s activities and generally carrying on regardless!

The last open day in June was the 2nd Anniversary of the Friends, marking when they took ownership of the site in 2014. Back then the pit was overgrown; the features hidden by trees, weeds and the signs of neglect. The Friends got stuck in straightaway and now the site is open, airy and the headgear, buildings and even some sub-surface features have been brought to light. In honour of their efforts, and in order to introduce the site, here’s a little selection of photos added to a short video:

Both of Hemingfield’s shafts are now part-filled with water. Active pumping ended in late 1989, since when the height of water has remained mostly the same. The concrete-lined shafts descend through a number of minor coal seams, before hitting the ‘gold’ of the Barnsley thick seam. Up to 9 feet of coal – this was the source of the areas wealth throughout the Victorian period.

Thousands of men descended the main winding shaft between 1849-1920, but almost no-one remembers the experience, certainly no-one remains to describe the coal winding years which ended in May 1920. Beyond rare underground images, it is fast becoming a second-hand, reported experience, now only sampled in the excellent underground tours at the National Coal Mining Museum for England at Caphouse. 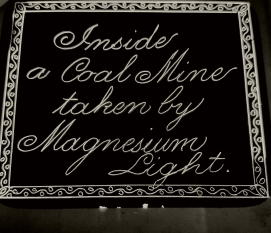 So, to give us a little flavour of the experience, here follows a contemporary local account of a trip to a coal mine, in this case to Car House Colliery owned by John Brown and Company, which was around 11 miles away from Hemingfield, towards Rotherham.

Almost as rare as a visit underground is the sight of coal above ground. Heading to Elsecar Heritage Centre, heaps of the black stuff can be found by the side of the Elsecar Heritage Railway engine shed. 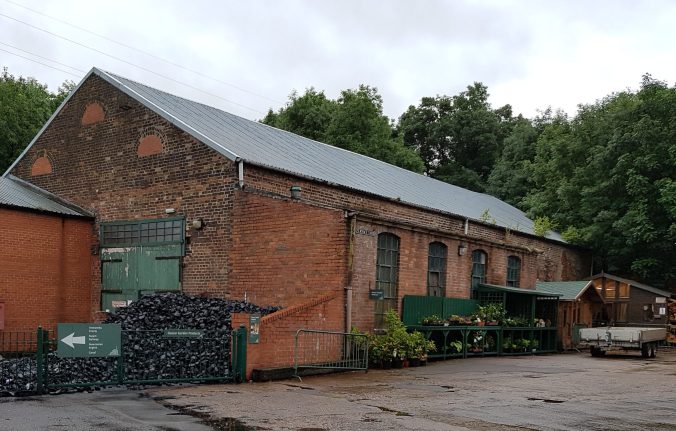 A passing wag noted the directional sign on the fence by the coal: ‘Elsecar Garden Products’ – a local company based in the corner at the Heritage Centre – but also an apt and pithy summary of the whole area – for Elsecar’s green fields and common land and back gardens have long been mined for their fossil treasure, underpinning the wealth of the Earls Fitzwilliam: