View of the winding engine house in the July sunshine

A bright and beautiful day welcomed the Friends and volunteers to Hemingfield Colliery on Saturday, as the crew returned to do some regular maintenance of the site, as well a continuing the recent excavation on the lower terrace, a pleasing piece of industrial archaeology revealing more of the original stone paving of the colliery.

A site for sore eyes

The day was blessed with blazing sunshine above the headgear, and the steady rhythm of a real steam engine passing by on the Elsecar Heritage Railway below. 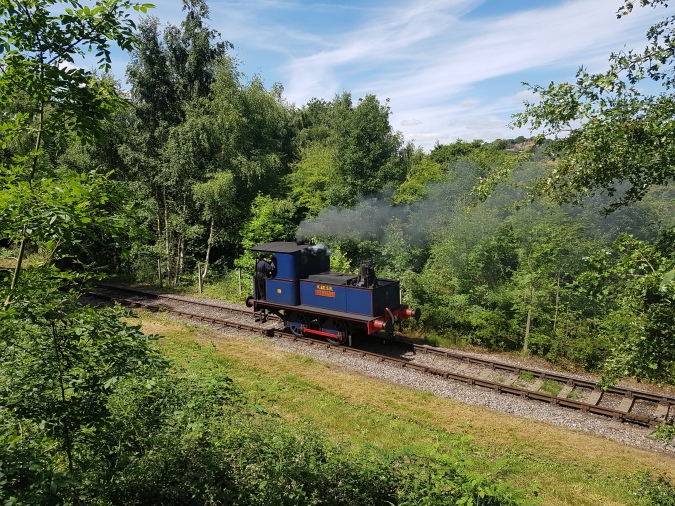 With the Canal and Trans-Pennine Trail just beyond the railway line, the Friends consider themselves lucky to be associated with such a wonderful site, a hidden gem, surrounded by the beautiful countryside around Hemingfield and Elsecar.

The pumping engine house and headgear basking in the sun

However this bright view of the Barnsley district has not always been the most common, and it is not hard to delve into the past to find references to Bleak, or Black Barnsley –

Thomas Lister, ‘On the observatory’, The rustic wreath : poems, moral, descriptive, & miscellaneous, Leeds: A. Pickard, 1834 [on the views from Monk Bretton]

whether due to the town’s exposed location, or later simply due to its industrial activity and upheavals, the name did linger, but has happily been scattered away in more recent times!

Priorities, priorities: keeping the pit yard presentable is something the Friends take pride in, and as the recent showers had allowed the greenery to shoot up, Site Manager Glen took to the strimmer to bring the colliery back into order. Working in the full sunshine all day was quite a hot task!

Strimming in the yard

Three years’ worth of steady clearance work on site now allow the Friends to be able to maintain and display the colliery site and buildings to much greater effect than when the gates were first opened in 2014.

Neat and tidy – trimmed grass and hardstanding for parking

And yet we are still only scratching the surface (quite literally) when it comes to investigating the history of the development of the site, and exploring what remains under the top-layers of spoil and earth.

Trimming around the old switchgear building

Keeping our exposed excavations neat is also an important task. During the roof restoration work which took place over the winter of 2016-17, the Friends returned some earth to cover the heavy traffic areas on site, ensuring the protection of the stonework.

Glimpses of the past

Meanwhile, down on the lower terrace, Friends’ Chair Steve and regular volunteer Chris continued the peeling back of the surface layer to reveal the stone paving of the working floor of this part of the pit.

This area throws up a few oddities and raises a number of questions, as there are some big gaps, or large disturbances from the regular stone paving suggesting that the original Victorian floor level has been dug up, probably for pumping or drainage pipework to be installed. There are also brickwork features whose exact date or purpose is not yet understood.

Uncovered: the original stone paving, minus at least 30 years of tree roots and spoil

Undoubtedly, significant alterations were made the the colliery site, after 1920, in the transition from coal-winning for Earl Fitzwilliam to electrically-powered pumping for the South Yorkshire Pumping Association. Archival research on the pumping association is revealing the outline of the main changes in management and building on site, and we were fortunate to receive a remarkable photograph of the demolition work as part of the George Beedan collection, now in the care of the Friends.

Digging and shoveling in the sunshine is hot and heavy work, and at lunchtime and in the afternoon, respite was sought indoors, in the winding engine house. 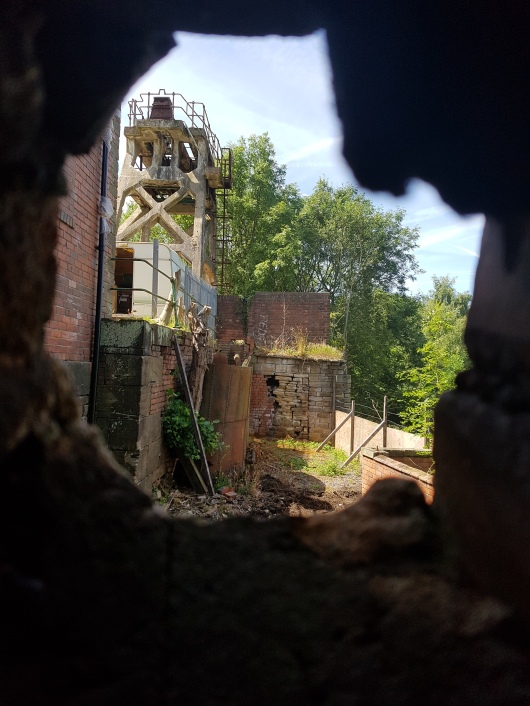 A glimpse of the great outdoors, from the even better indoors

Inside, the team took the opportunity of reviewing the substantial amount of roof repair work in the winding engine house, with its late 1930s brick extension.

Inside the winding engine house, showing the repaired roof, with insulation.

Compared to the state of the building prior to the restoration work:

it is clear that the building and its content has really been saved by the support of Dearne Valley Landscape Partnership, Subterranea Britanica and the Association for Industrial Archaeology, to whom the Friends of Hemingfield Colliery are extremely grateful.

When the train came to town: The Midland line

In July 2017, looking back, it seems a good opportunity to mention that although the mineral line came to Elsecar in 1850, and its descendant is the Elsecar Heritage Railway, Elsecar itself had to wait until the 1890s for a proper passenger service (and rival mineral line), with the Chapeltown Branch Extension of the Midland Railway, from Sheffield. 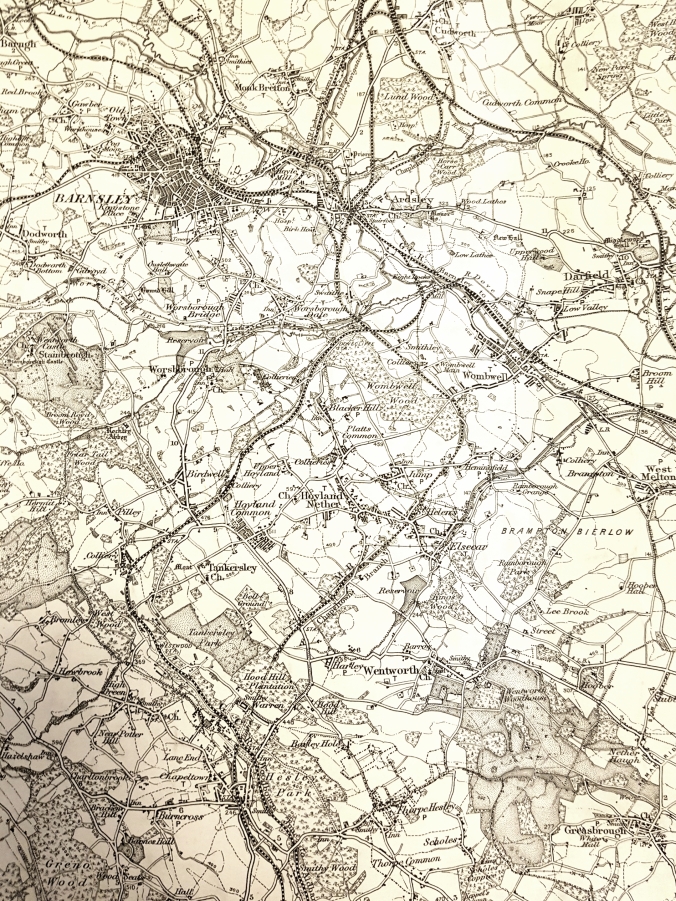 Opened officially for passenger traffic on 1st July 1897, it added a dedicated station for Elsecar – the station which is still in use today, although originally entitled Elsecar and Hoyland. It largely came for coal, but stayed for all of us, and is still going strong 120 years later.

Although the April 1910 timetable was so different from the current single stopping service per hour:

There are high hopes for a second stopper per hour in the next year or so (fingers-crossed)!