The Friends of Hemingfield Colliery were keen to return to the annual Milton Gala this year after the great experience they enjoyed last time. Organised by the very active Mates of Milton community group, the event is a fun day for local people from Elsecar, Hoyland and further afield to come and enjoy a day out, with shows, rides, stalls and displays to entertain them throughout the day.

After a damp Saturday which had prevented the Friends from opening the colliery, all eyes were looking skywards, as the organisers and attendees assembled at the Forge playing fields at Milton, just off Milton Road, by the Furnace pub. 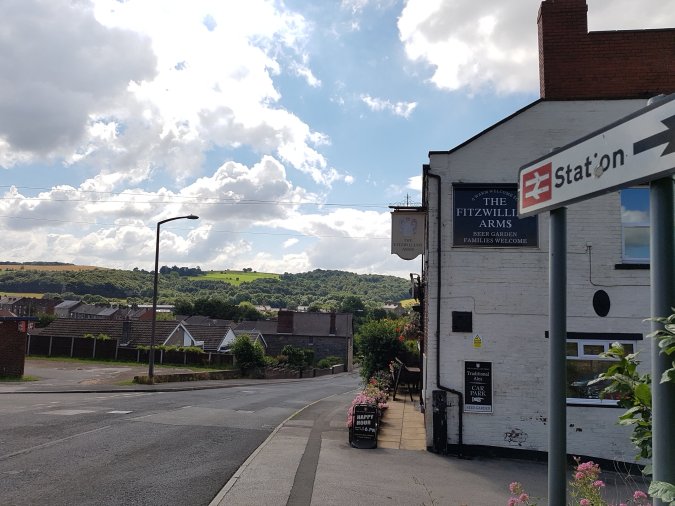 The Friends of Hemingfield Colliery were out in strength, with regular volunteer Keith preparing the ground with a great marquee, courtesy of our friends at the Barnsley Main Heritage Group. Directors Glen and Christine continued the convoy, with volunteers Glenda and Chris also on hand to set up stall, and lay out both the fun activity and also a display of materials about the Friends group.

The top of the Forge playing fields was busy with stalls, fairground rides, bouncy castles, stalls, food outlets and a steady parade of dogs with their owners, ready for the show. 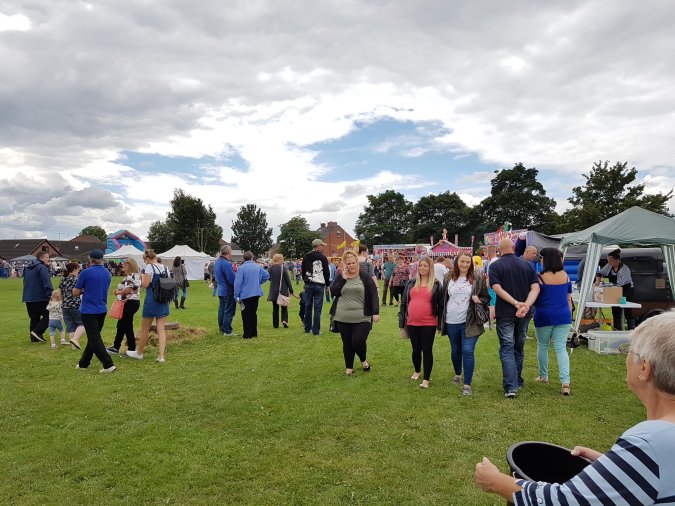 During the day queues were forming to the left and the right, for the sweet and the savory, ice creams or jacket potatoes. 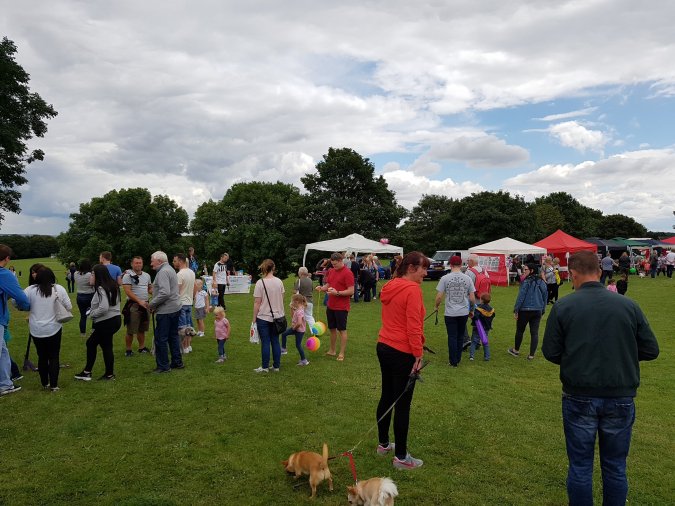 The weather was mostly bright, just with some slightly threatening clouds overhead, but with a steady stream of visitors the time flew by.

Roll up, roll up…

The friends had a prime spot with many people passing by, stopping to chat, look at the stall, play our game, or just stroke good old Rosie the dog, staunch supporter, keenly guarding the wares.

Time to get out and engage the passers by with a fun ‘Treasure Search” game in aid of the colliery, with Glenda offering 5 goes for a pound, picking a letter and number combination which was checked off against the board grid. Would players hit a prize, miss one, or get another free go?

Prizes were flying off the stall, and several visitors dig deep to have a few goes to see if they could win one of the prizes which the Friends had collected over the past year. Alongside the game, we had boxes of books of all types and we’re happy to unite several sets of readers with new titles for small donations to the colliery’s cause.

The group were well pleased with the response of the crowd to the game and to the story of the colliery site, with several former miners stopping for a chat and asking about progress on the site and the future plans around Hemingfield and Elsecar with the recent Heritage Action Zone status, and the funding of Elsecar and Wentworth for the Great Places scheme.

Right at the end of the day, after the dog shows and as the announcements were winding down, we felt the first drops of persistent rain, and so started to gather up the remaining items on the stall. Packing the books, prizes, and mining memorabilia away, the group loaded up 3 vehicles with the various bits and pieces, before collapsing the gazebo and heading home.

The rain faded away as the gala free to a close, with people drifting home by the pond, or walked over to the Furnace Inn for refreshment. 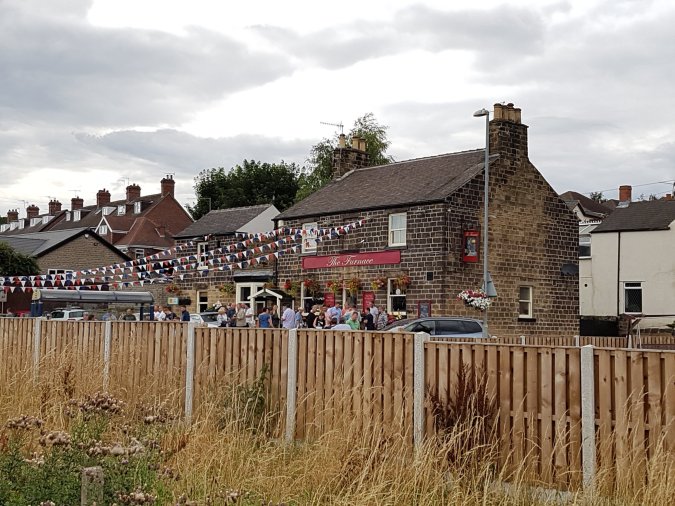 Others walked home down the Forge playing fields themselves, down the “mound” which marks part of the old Milton Ironworks site – and I’ve of the exciting areas which the new Elsecar Heritage Action Zone archaeological investigations will hopefully shed more light on for us to learn about and celebrate.

Thanks to the organisers and all who attended the gala, the Friends raised funds for the Colliery and were happy to meet and share the story and future plans for the pit. Same time next year!?